Open House Pros and Cons: Should you do it? 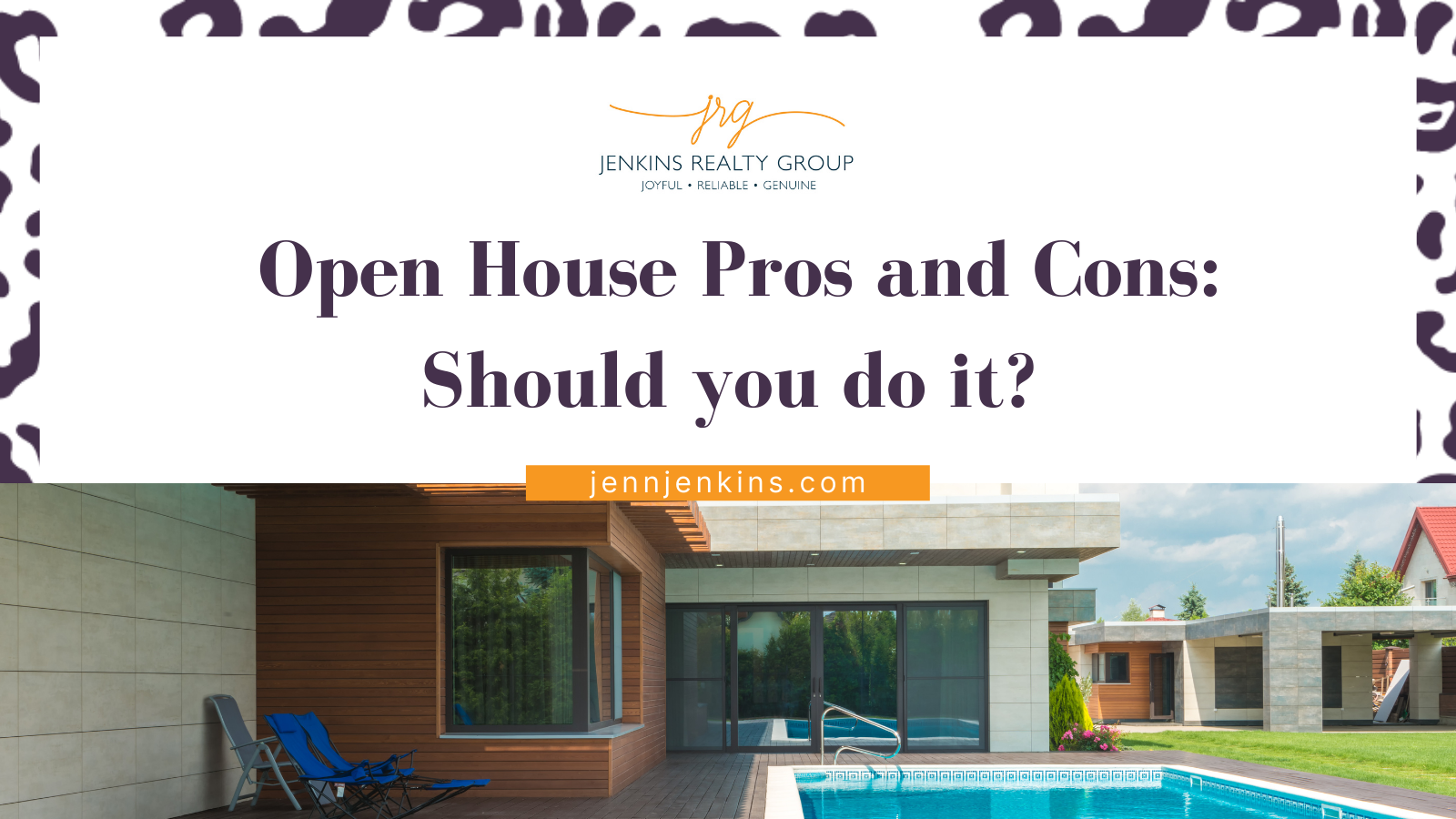 Open houses are scheduled times in which potential buyers can come to the house you’re selling, see it in person, and look around, without any promises of buying.

Essentially, when you’re having an open house, anyone can come – a real potential buyer, a noisy neighbor, someone passing by, etc. They don’t need to schedule an appointment, they can just come.

So, having an open house has some advantages and also some disadvantages. When deciding whether or not you should have it, it comes down to your own preferences, goals, and the specific situation you’re in when you’re selling a house.

There’s a lot of debate about whether or not an open house is a good idea, so this list of pros and cons should give you the ability to decide for yourself.

Let’s get into it.

Pros of having an open house

No matter if you want to have an open house or you don’t, there are definitely many advantages of having one, and they make it worth considering the possibility of having it.

1. More eyes on the house

One of the main pros of having an open house is having more eyes on the house, and bringing in more potential buyers.

Also, when they’re looking to buy a house, some people like driving around neighborhoods in which they’d like to live, and seeing if there are any open houses in the area. If they see they are, they come in and take a look.

Why do some prefer that option over scheduling an appointment to see the house? Because this is a low-pressure option. That brings us to the next advantage.

An open house is a low-pressure way for potential buyers to see the house, which many of them prefer.

Some of them have social anxiety and simply prefer that option over scheduling a direct appointment, some want to see the house in detail without having a strict timeframe, while some prefer looking at the house without having the seller or the realtor trying to sell them the house and focusing on them.

They might even like the house more if they’re relaxed while seeing it, which is obviously beneficial to you as the seller.

Creating a low-pressure environment for your buyers to see the house is probably one of the best benefits of having an open house, as people are usually more open to seeing the house in those circumstances. And who knows, they might absolutely fall in love with it and decide to buy it – and maybe they wouldn’t have come if it wasn’t for the low-pressure option.

Hosting an open house gives you more exposure. They can be promoted online, on websites such as Zillow, Realtor, Trulia, and even Facebook. Also, every open house has an open house sign in front of the house, which brings in potential buyers who might be driving around the neighborhood (as I mentioned above). You can post about it on all of your social media profiles, ask your friends and family to post as well, and tell them to spread the word. That way, you’re getting more promotion and exposure to the open house, which results in more potential buyers.

Personal appointments often get scheduled at the very last minute. Since you’re the seller, you’re the one fitting into potential buyers’ schedules, as it’s your goal to sell it. Therefore, you often have to move around your own schedule, come last minute, change plans, and mess up your organization. That also doesn’t leave you much time to prepare for the showing, nor enough time to clean and organize the house.

With open houses, on the other hand, you know exactly when it will be held, so you have more than enough time to prepare the house, clean it, organize it, and create your schedule around the open house.

5. Less stress for the seller

When you think about some of the previous pros I listed, it becomes clear that an open house is less stressful for the seller as well, not just for the potential buyer.

First of all, your realtor is doing the open house for you, so it’s less work for you, as you’re leaving it to the professional. Second of all, you know exactly when it’s held, which gives you time to prepare, so there’s no last-minute stress.

Lastly, the less direct approach might be more comfortable for many sellers, as they might prefer to create a low-pressure environment for buyers.

Now that we covered the advantages of having an open house, let’s cover the disadvantages.

Cons of having an open house

While having an open house is bringing more potential buyers (the ones driving around and seeing the sign for example), those potential buyers that wouldn’t come if it was a regular one-on-one appointment tend to be less serious buyers.

However, those same potential buyers might come to the open house, because it’s low-pressure, the seller and the realtor aren’t there just because of them, they can come but they can also decide not to come at the last minute, and no one will be selling it directly to them.

This means, even though you’re technically getting more potential buyers, a lot of those additional buyers aren’t serious about buying it.

As anyone can come to the open house, there’s more chance of someone coming just to steal something. Since they’re not the only person there, all eyes won’t be on them, and they can potentially steal something without anyone noticing.

That’s why before the open house begins, you need to take away all important items that can be stolen easily.

This is another disadvantage that comes from a thing listed in the pros list. While the open house provides a low-pressure environment, which is great for many buyers and it might entice them to come, it’s also less personal, which can often lower your chances of making the sale.

For many buyers, the best way to sell the house is by doing exactly that – selling it to them directly. With the open house, you don’t have the one-on-one experience, there are multiple people there at the same time, so you can’t focus on one person fully.

While potential buyers can fall in love with the house without you even saying one word to them, many of them do need to be sold to, in order to see the full beauty and benefits of the house, so the less personal approach might not be the best option all the time.

Similar to the theft possibility issues, an open house brings security issues in terms of giving a possible vandal the chance to see the house and plan a break-in.

While this obviously doesn’t happen that often, a break-in after an open house did happen a few times.

As potential buyers aren’t supervised all the time (since it’s not possible to do that when multiple people show up at the same time), and since anyone can come, technically if someone wanted to break in, they could come to the open house, look around, and make a plan for breaking in.

Of course, those cases of break-ins after open houses can’t be proven to have resulted from the open house, but the possibility is there.

So, the chances of this happening are low (and technically speaking if someone wants to break in they can schedule the one-on-one appointment as well), it’s still worth mentioning.

So, we covered the advantages and disadvantages of an open house, and you now have a list of pros and cons that can help you decide whether or not having an open house is the right choice for you.

Your decision should depend on the specific situation you’re in – how urgent the sale is, how flexible you are with your schedule for appointments, etc.

When you hire a realtor, you can ask them for advice, and make a plan with them to decide if you should or shouldn’t host an open house. They will likely be able to provide expert advice based on previous experience and your current situation.

If you’re looking for a professional Realtor in Arizona, look no further! I’m Jenn Jenkins – a Realtor with 10+ years of experience. I believe that real estate is more than just a transaction, and with my clients, they come first. I will help you get the best deal possible, and be there to guide you through the whole process.

Feel free to contact me, and we can chat further! 9 Features To Consider When Buying A House

If you're embarking on a house-buying journey, you're probably wondering "Where do I even start? How do I begin... 11 Questions To Ask When Buying A House

Buying a house is an exciting, yet stressful time. You're looking at hundreds of houses, trying to find the one that... 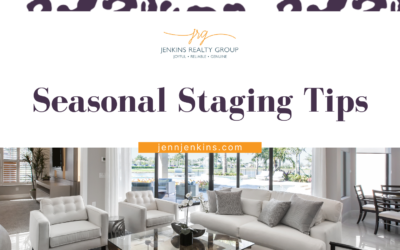 The fall season is here, so if you’re planning on selling your home this fall and want to get over asking, it’s time...